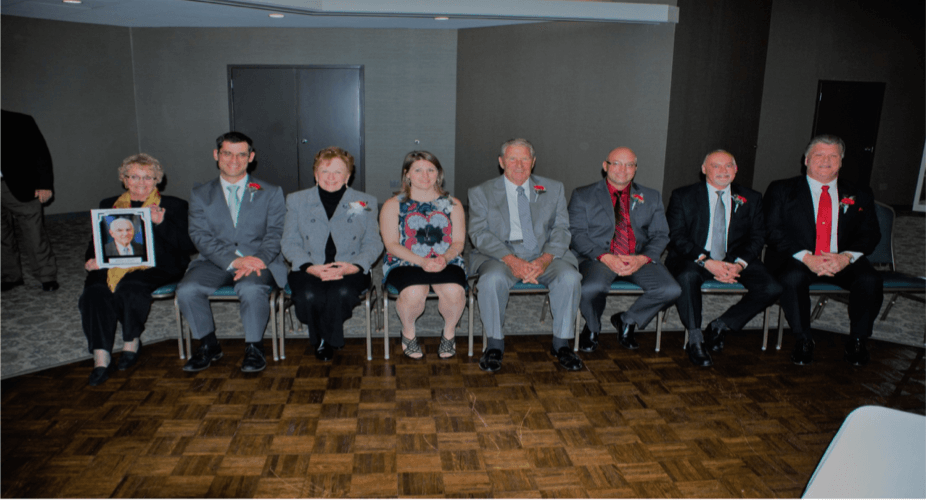 Cynthia has devoted her life to community service. She founded and directed Ridgewood Pre-School for 50 years. Cynthia has held leadership positions in the Parma Area Chamber of Commerce, Friends of the Library, and Parma Hospital Foundation Board. She was a founding member of the CBS (Community, Business, Schools) Board and co-originator of the annual Rib ‘n Rock. Her enthusiasm, passion, and motivation, along with her heart and smile, inspire others to join her in taking part in any project benefitting her community and her students.

Julie, valedictorian of the PSHS Class of 1999, earned her PhD. In Molecular Biology and Microbiology and has been a pioneer in the field of virology and immunology as it pertains to HIV. She has authored several scientific publications and been the recipient of numerous professional awards, including the Lester O. Krampitz Award for outstanding pre-doctoral research at Case Western Reserve University. Julie is an active member of several professional organizations, including The American Society of Gene and Cell Therapy, The International AIDs Society, and the Keystone Scientific Symposia. She runs half marathons and belongs to the Grand National Curling Club.

John, the valedictorian of the PSHS Class of 1979, is currently a professor of physics at Michigan Technological University and Adjunct Curator of the A.E. Seaman Mineralogical Museum. His academic research focuses on theory and computer modeling of materials. John’s distinguished career is highlighted with numerous scholarly publications, significant awards, and accomplishments, not the least of which is the discovery of a new mineral, Merelaniite.  John is active in church and community affairs and is a strong advocate for strengthening high school scientific education.

William is an Army veteran who opened The Sportcenter, a sporting goods and marine business in Parma in 1950. He won Retailer Award for the United States in 1956, as well as “Man of the Year” in Parma in 1961. William was a Founder and President of the Parma Rotary Club. He launched a very successful fifty-one year career in the field of insurance, by being named the New England Life Insurance Company “Rookie of the Year” in 1965. In 1978 he was recognized as one of the “24 Most Outstanding Life Insurance Salesmen in the United States”. William was guided by his deeply religious beliefs and the mottos, “He who serves best, serves most.”, “Service above self.”, and “Earn the right to serve.”

Mark’s outstanding play in football earned him induction into the Parma Senior High School and Case Western Reserve Athletic Halls of Fame. He began as a math teacher and coach and has advanced his career as an assistant principal, principal, director, and currently superintendent of the Olentangy Schools in Lewis Center, Ohio. Mark has promoted professional development for educators through an extensive array of presentations at workshops and conferences at the local, state, and national levels. Mark participates in many professional organizations and is actively involved in community activities. Throughout his career, Mark’s hallmark has been “Kids First”.

Bruce has been an instrumental member of the PSHS Social Studies Dept. for twenty years. Bruce enjoyed a distinguished baseball and football career at PSHS and John Carrol University. He was inducted into the Parma Senior High School Athletic Hall of Fame in 2014. He has coached football throughout his teaching career and is currently varsity head coach. Bruce is immensely popular with students for his ability to bring history alive in his classroom and make it relevant and captivating. He was awarded the prestigious “Crystal Apple” Award for outstanding teaching. He personifies “Redman Spirit” in every facet of his life. Bruce is an exemplary teacher, coach, role model, mentor, colleague, and family man. He is held in high esteem by parents, colleagues, and the community.

David is an extraordinarily successful entrepreneur. He and his brother Robert (1975) founded a fledgling business in 1982 which they have developed into the largest manufacturer of inflatables in the country. They do business internationally, producing inflatable products for professional sports franchises, major parades, high schools and colleges, and the military. Inflatable Images is now part of Scherba Industries and continues to grow as the company develops digital printing products and is expanding into mobile advertising. Evidence of their work can be seen in the inflatable tunnels through which the athletic teams of the Parma City Schools enter the playing field.

Robert is an extraordinarily successful entrepreneur. He and his brother David (1974) founded a fledgling business in 1982 which they have developed into the largest manufacturer of inflatables in the country. They do business internationally, producing inflatable products for professional sports franchises, major parades, high schools and colleges, and the military. Inflatable Images is now part of Scherba Industries and continues to grow as the company develops digital printing products and is expanding into mobile advertising. Evidence of their work can be seen in the inflatable tunnels through which the athletic teams of the Parma City Schools enter the playing field.

John wrestled and captained the football team in 1976. He began his remarkable 40 year career in the field of public utilities by washing trucks for the Illuminating Company while still in high school. He rose through the ranks to his present capacity of President of the Cleveland Illuminating Company. John is a promoter and practitioner of lifelong learning. He began his formal education at Cuyahoga Community College. John’s loyalty to the mission of CCC has led him to develop a degreed program for potential CEI employees to earn an Associate Degree while training for employment. A lifelong commitment to helping others is a hallmark of John’s career. His community service resume is extensive, serving on several prestigious Boards of Directors.

Bruno, a member of the first undefeated and first Lake Erie League Championship Parma High School football team, is a U.S. Army veteran paratrooper. He began his career in law enforcement with a three year stint with the Seven Hills Police Department, followed by a distinguished career with the Broadview Hts. Police Department, from which he retired with the rank of Lieutenant in 1989. Bruno was recognized as Ohio Fraternal Order of Police Member of the year in 2016. He is Past Commander of Seven Hills American Legion Post 703, has been an active member of the Friends of Byer’s Field Foundation, and several other community organizations. In 2013 Bruno was presented the Bailey Bells Award for service to his Alma Mater. Bruno founded an annual February reunion of Parma Senior High School 1959 classmates living in Florida and has recently expanded the event by extending an open invitation to PSHS Alum of all classes to celebrate Redman spirit in the warmth and sunshine of the south.